The store will not work correctly in the case when cookies are disabled.

up to 75% off publishers’ prices

Neil Gaiman is one of Britain’s leading fantasy writers with books that blend science fiction, fairy tales and mystery in rich, imaginative storytelling. The five books in our collection are Gaiman’s most iconic, now relaunched with new designs to celebrate the 20th anniversary of American Gods. All five novels transcend genres, combining the everyday with hidden worlds that can be underground, over the ancient town walls or in a neighbour’s pond.

Neverwhere
Gaiman’s debut novel, based on the television series co-written with Lenny Henry, is an urban fantasy set in London Below, where Richard Mayhew helps an injured girl, then finds himself in an underground city filled with monsters, murderers and angels.

Stardust
Tristan Thorn sets out on a quest to win a lady’s hand: he crosses into the magical land of Faerie, a world beyond the town walls, to bring back a fallen star for the beautiful girl who has won his heart.

American Gods
Ex-convict Shadow and the mysterious Mr Wednesday embark on an epic road trip across America, searching for Old Gods, ancient mythological beings, to enlist them in a battle against the New Gods – divinities born of modern life.

Anansi Boys
After Fat Charlie’s dad dies of a heart attack while singing karaoke, the boy’s life is thrown into chaos. He learns that his father was an incarnation of the African spider-god Anansi, and a hitherto unknown brother arrives on his doorstep.

The Ocean at the End of the Lane
An unnamed narrator returns to his childhood home and recalls strange events of 40 years ago when, after a coin stuck in his throat, a girl helped him, but led him into a supernatural world and a pond that was really an ocean.

In stock
Add to Wishlist

Next day delivery‭: ‬Available all UK excluding Highlands and Islands

All orders‭: ‬delivery costs for orders outside the UK are based on country of destination and product weight.

You can view your overseas delivery cost using the Summary section within the Basket‭.‬

For more information on delivery/overseas orders please refer to our Delivery Information. 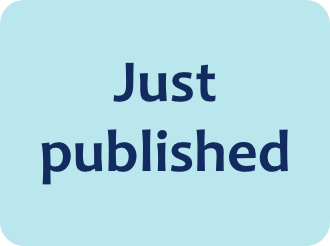